The Recovery of a Lost Epic by Ashvaghosha:
A Transcription 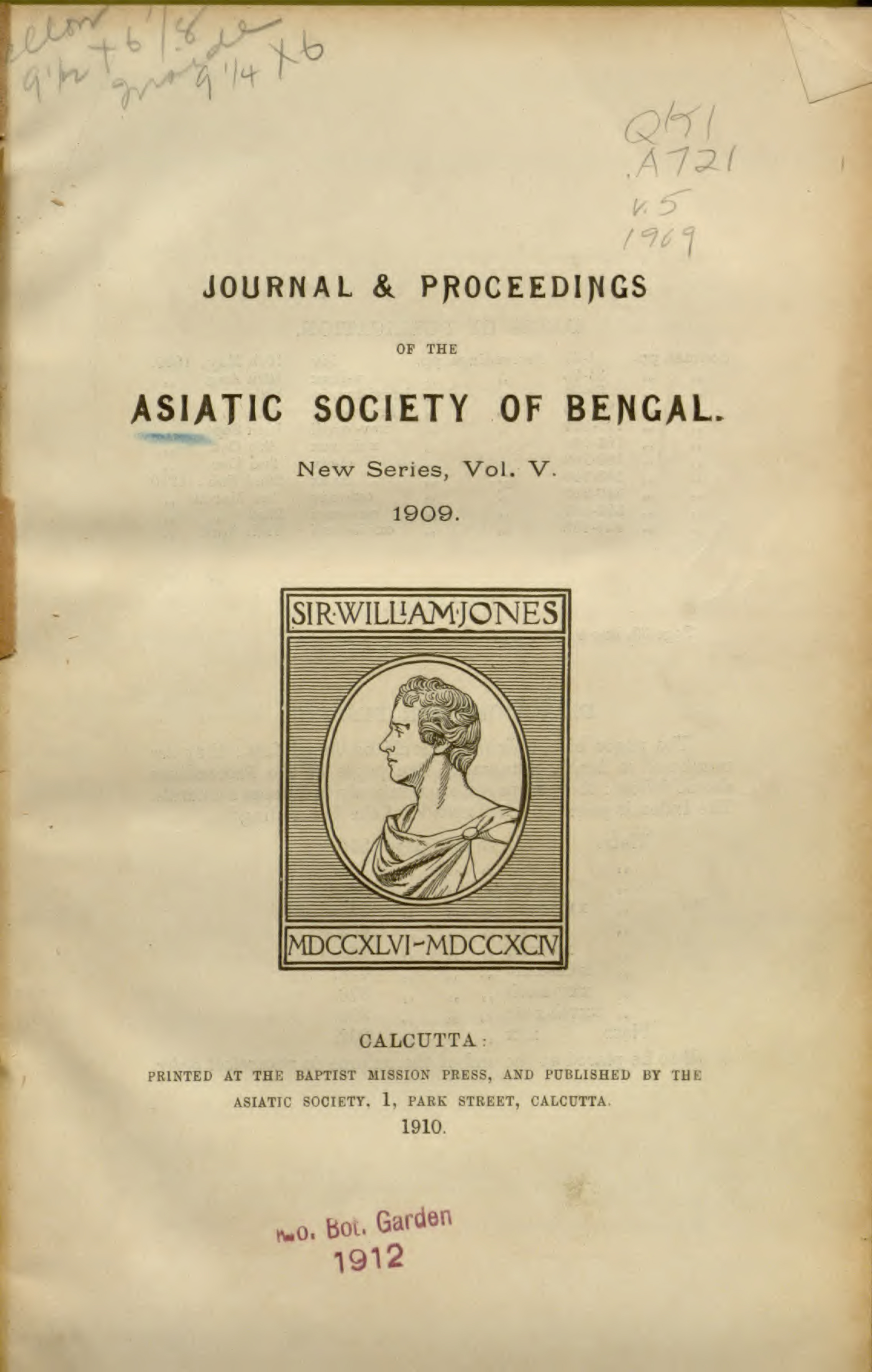 In the last annual address a regret has been expressed that no startling discoveries have been made in philology and kindred subjects in recent years. Startling or not startling, I am going to announce tonight a very interesting discovery of a manuscript. It is the discovery of a new ancient epic poem by no less a person than the great poet, musician, and philosopher of the first century of the Christian era — by Ashvaghosha, the spiritual preceptor of the greatest Indo-Scythian monarch, Kaniska, who held nearly a third of Asia under his sway, who is credited with having established the Shaka era with giving a new life to a higher form of Buddhism, and in whose court flourished some of the most brilliant men both in science and literature.

Ashvaghosha is the first great writer of the Mahayana school of Buddhism, and author of the first artistic epic in Sanskrit, the Buddhacarita. It was not known whether he had written any other great work in poetry, though some beautiful songs are attributed to him by the Chinese and the Tibetans. But the new poem which I am laying on the table of the Society is quite unknown. It is by Ashvaghosha. The style is the same as that of Buddhacarita; the sentiments the same; the religious teaching the same, the boldness in deviating from the rules of Panini the same, the versification and the language are also the same. It is in fact a twin brother of Buddhacarita. Buddhacarita has been translated into Chinese and Tibetan. I have gone through the catalogue of Chinese Tripitaka and of the Tengyur as far as available but the name of this new poem does not occur in them. It is called Saundarananda Kavya. In the first chapters it deals of the great love which Nanda, a brother of Buddha, bore for his wife Sundari. Then it describes how Buddha took Nanda to his hermitage and made him a mendicant. Nanda was anxious to return to the world and to his wife, but Buddha always persuaded him to persist in his mendicant life. Now this spiritual struggle between Buddha and his royal disciple forms the central point of interest of this fascinating epic. During the course of this struggle Buddha takes his disciple to heaven, shows that even heaven should not be worthy of one’s desire, and ends the work by giving him a taste of Amrita or the nectar of Nirvana. The first chapter contains a description of kapilavastu as a great hermitage.

In the last colophon, Ashvaghosha, the author is described as a Bhadanta, as a Saketaka, meaning born in Saketa or Ayodhya, and as Subarnaksputra. The same colophon, we find, is given in the Tibetan version of Ashvaghosha’s Buddhacarita (see Thomas’s paper on Matriceta and Maharejakanikalchha).

In my first Nepal catalogue Saundarananda Kavya is mentioned in page 74. In 1907 I asked for this work and a palm-leaf manuscript was placed before me, the leaves of which were worn out into the form of a bow. The first line is complete. Several letters of the second have disappeared in the centre, many more of the third and subsequent lines. I expressed y disappointment with the book, when the librarian Subba Vishnuprasada, Rajabhandari, our associate member, very courteously placed a paper manuscript before me which I immediately handed over to the scribe Kuveraratna Vajracarya for copying. This Kuveraratna is a remarkable man. In 1897 he saw Buhler’s Charts of Indian alphabets in my hand and immediately set to work to copy it. From that copy he has in the last eleven years mastered various alphabets, ancient and modern, and can now copy all sorts of manuscripts with fair accuracy. But his great difficulty is that he knows nothing of Sanskrit, so it requires a great deal of labour to decipher his transcriptions of manuscripts.

I have made a transcript of the whole of the manuscript.

From: Journal and Proceedings of the Asiatic Society of Bengal, New Series, Vol. V, 1909, Calcutta

I’ve lightly edited the text to bring spelling into Internet norms but have retained the British English spellings.